Tom had a strange situation.  He had two implants placed by another dentist in the 90's.  The problem was that the two dental implants were too far from the adjacent tooth.

This caused a pocket to form and he was always catching food there.  Worse yet, the pressure from the bite on the area that was "hanging" over caused the implant to fracture! 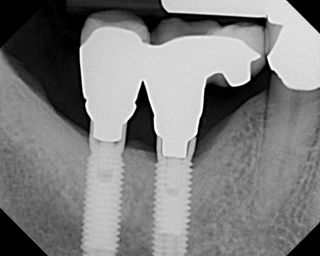 A fractured implant is extremely rare!

The broken implant and the bridge removed. 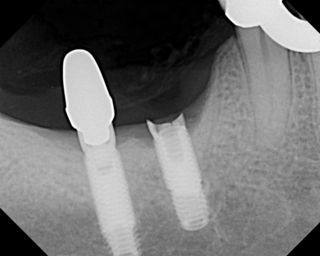 Removing this implant could have been very risky due a risk of nerve damage so I opted for an unusual fix. I placed one skinny implant in front off the broken implant using IV sedation.  It was a VERY tight spot!  Just wide enough for a very small dental implant. I did a bone graft on top of the fractured implant and let the gums heal over it. 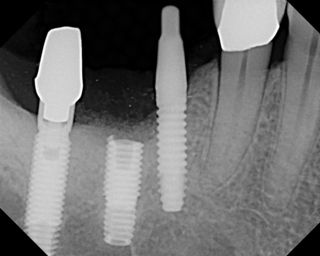 The implant healed for 3 months.  After it was healed, I made a new bridge using one of the old implants and the new, small one. 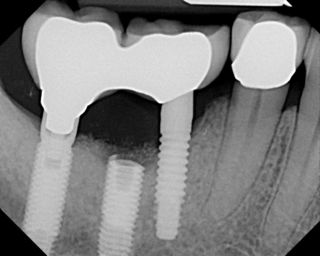 He was thrilled to have this solution.  It was less risky, and very affordable compared to removing and replacing the broken implant.

Screwed In Bridge Instead Of Overdenture

Why Do Dental Implants Fail?